For those unfamiliar with the 1/1200 world it is the traditional scale for British waterline models and dates back to the early 20th Century.  ‘In 1911 the British Admiralty placed an order with Bassett-Lowke, an already well established model maker, for the supply of a substantial number of 100 ft to 1 inch waterline ships which were to be used as a teaching aids for the Royal Navy.‘ (Derek Head – Bassett-Lowke Waterline Ship Models – page 19). The public appetite for waterline ships models [was] whetted by an event which took place at London’s Earl Court Exhibition Hall in 1913, namely the Imperial Services Exhibition.  In honour of the occasion, Bassett-Lowke had been commissioned to produce a special display of 100′ to 1″ warships of all nations to illustrate the comparative strengths of the different navies in relation to type and numbers of vessels. This attracted considerable public attention and really brought miniature waterline models into their own.’ (page 12 ).  It has been suggested that the scale was used as it was an accurate representation of a ship seen at a mile distance and while that might well be the case the ease of conversion must play a part. The continental equivalent is 1/1250.

Over the last hundred and thirty nears since the earliest models the quality of the detailing has changed beyond all recognition.

This layout was built over a weekend. The time period is meant to move from relatively recent through the 1970’s to a World War II convoy assembly to a ‘conservation’ town, seaside pier and marina.  The naval base is similar with the more modern vessels to the ‘north’ and earlier vessels to the ‘south’ of the main quay.  There is no relation to any harbour now or in the past with a broad spectrum of buildings ranging from Polish Palaces, Lincoln Cathedral, Tower  Bridge and New York Piers not to mention Edinburgh and Stirling Castles being used!

However all the vessels are ‘real’. 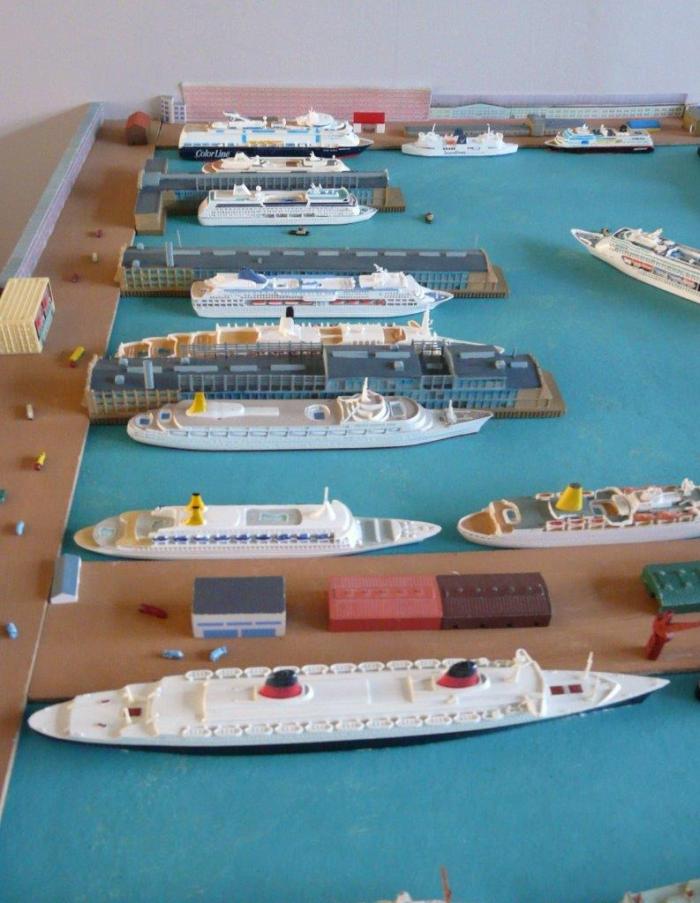 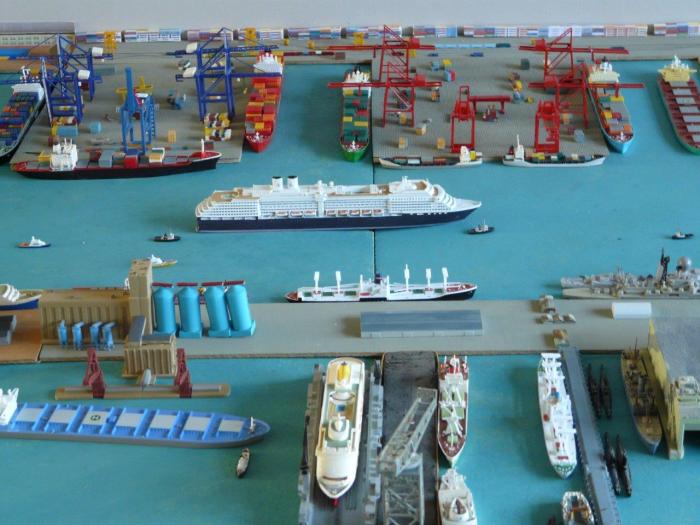 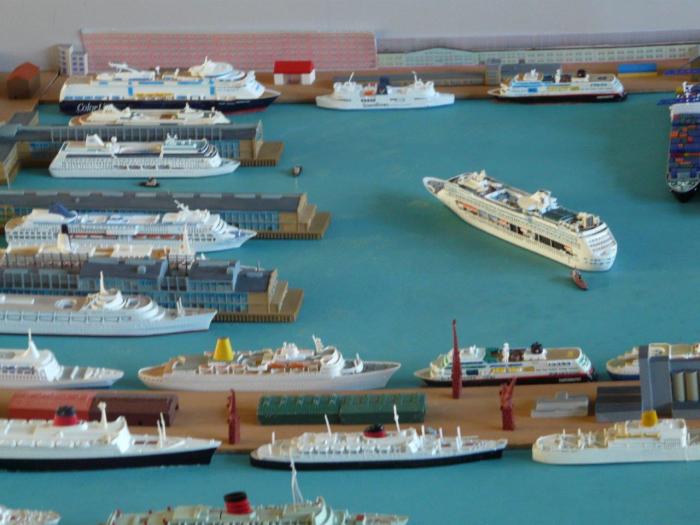 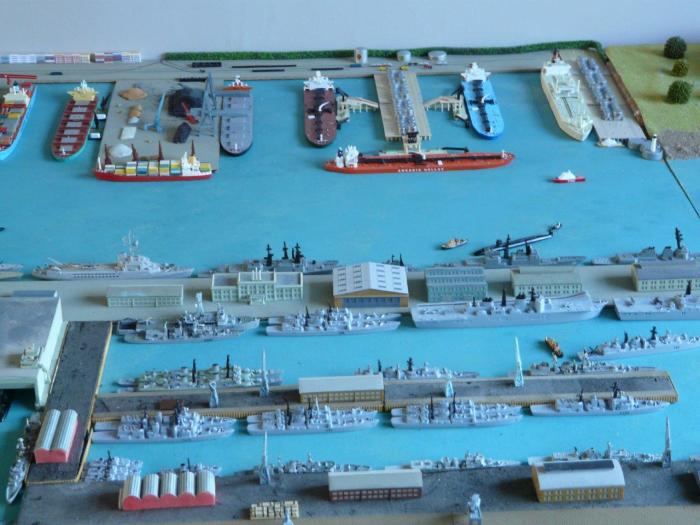 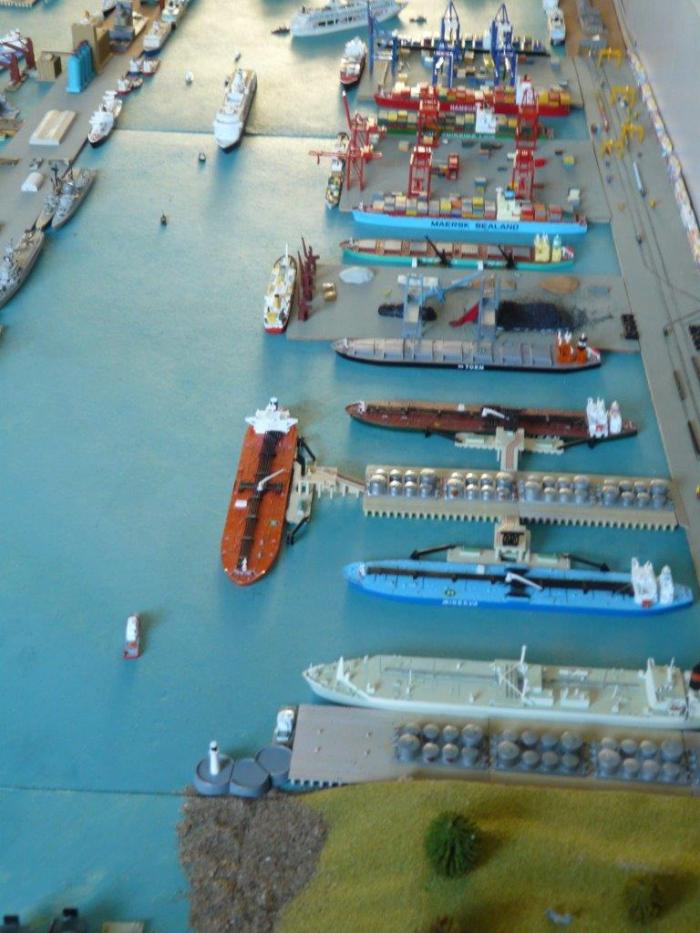 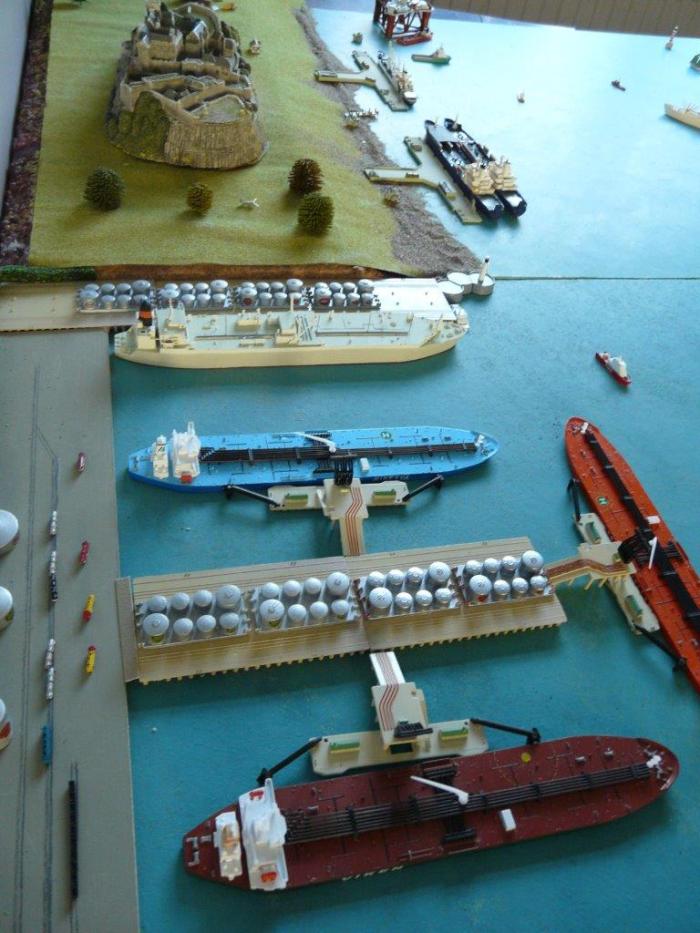 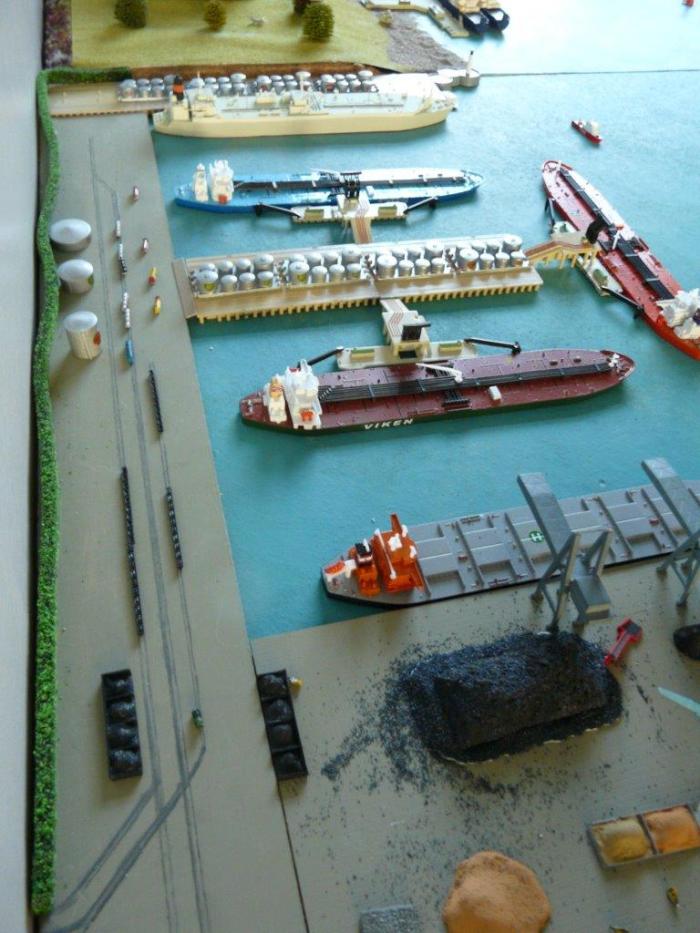 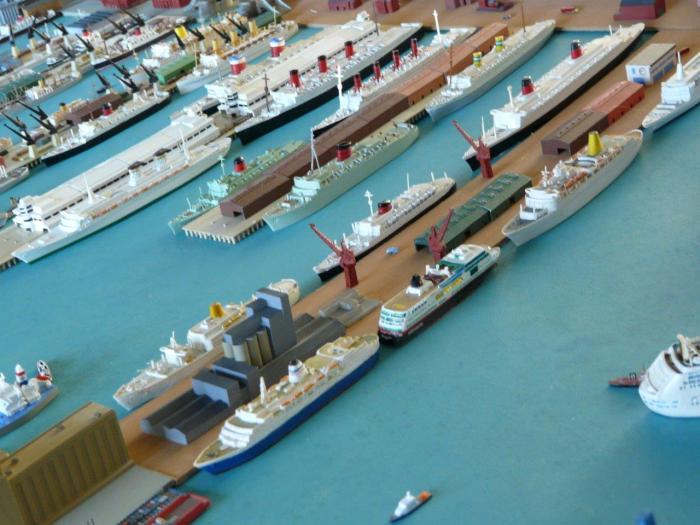 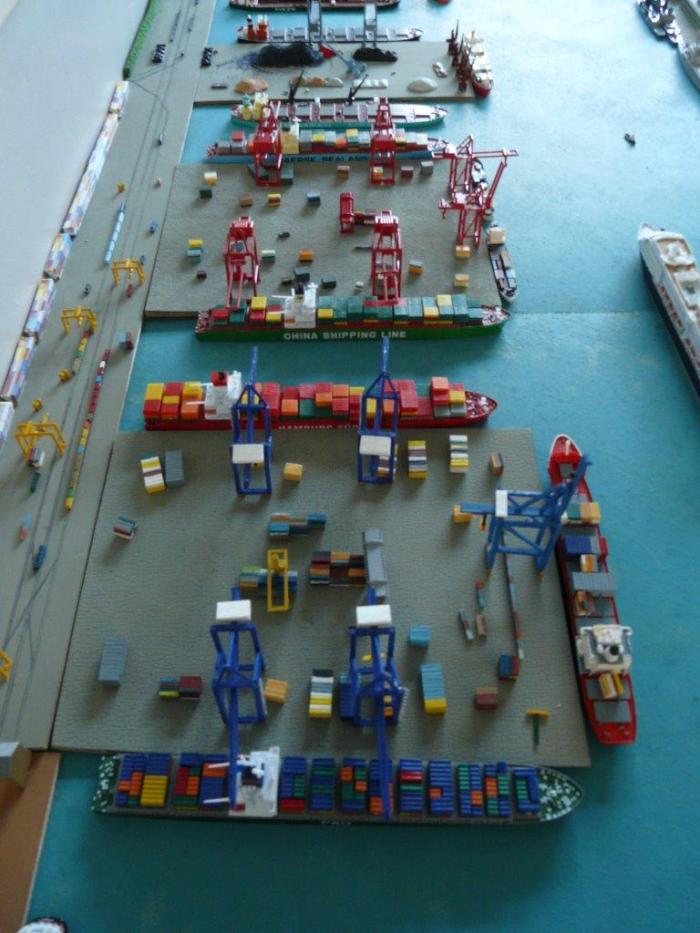 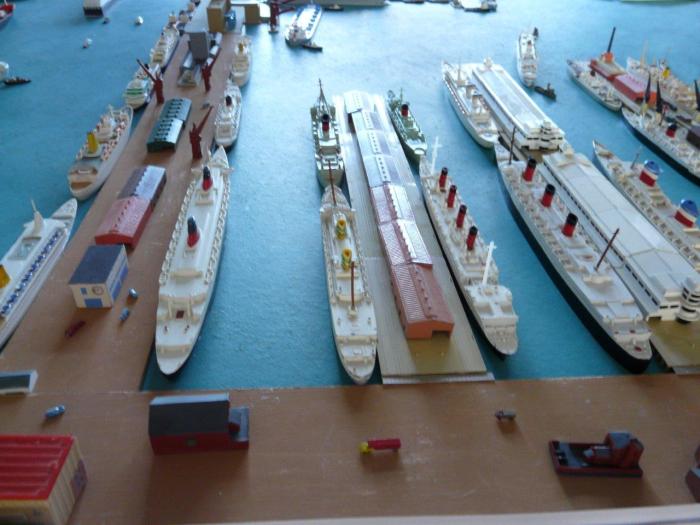 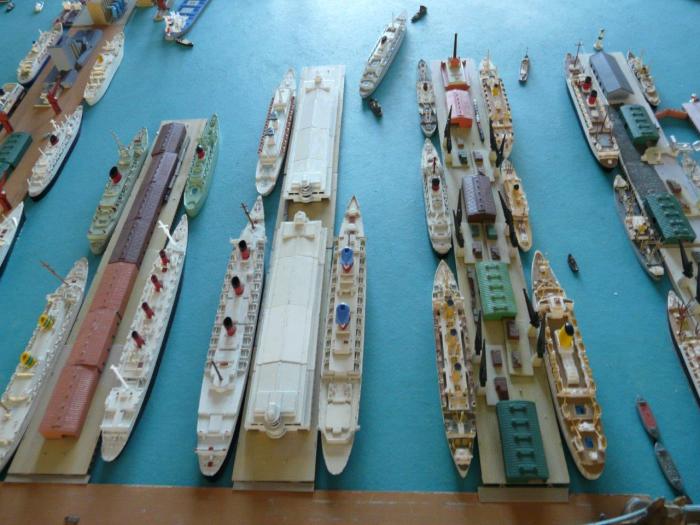 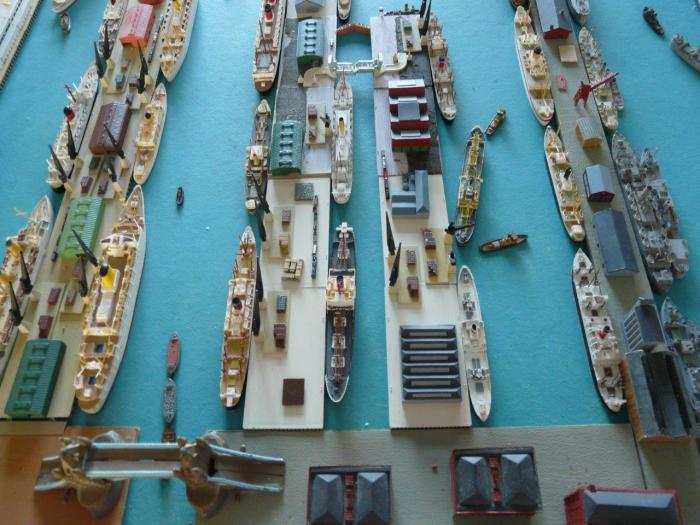 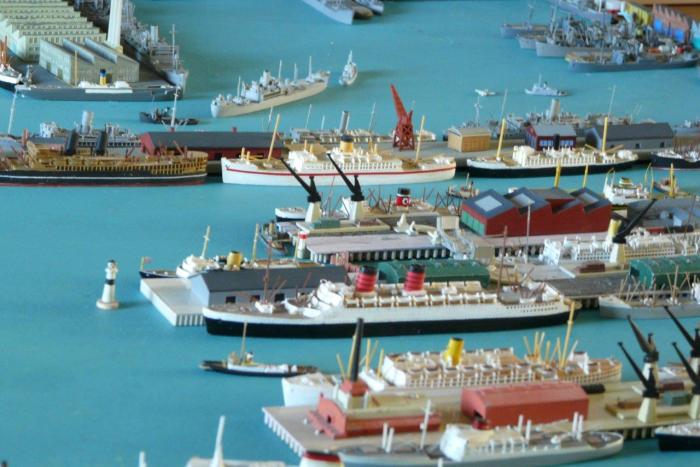 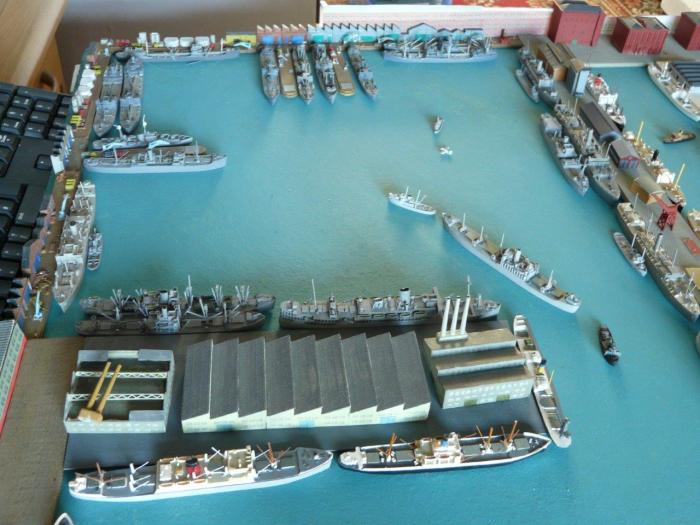 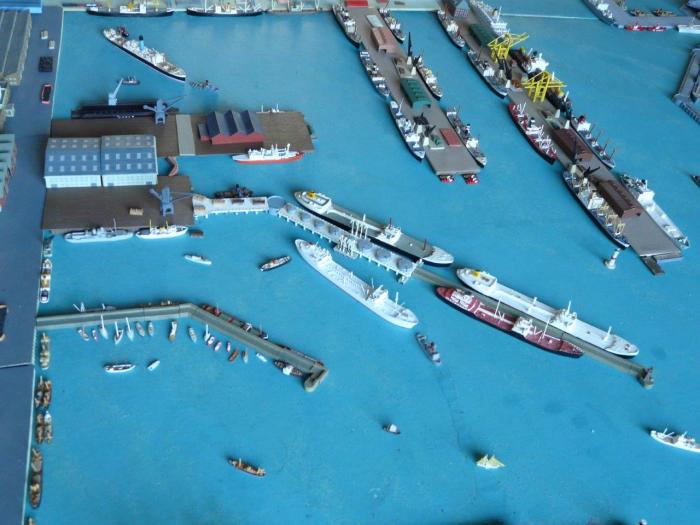 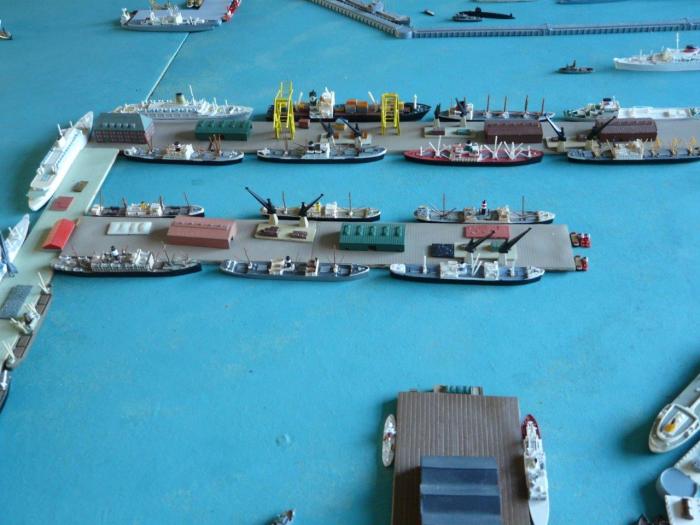 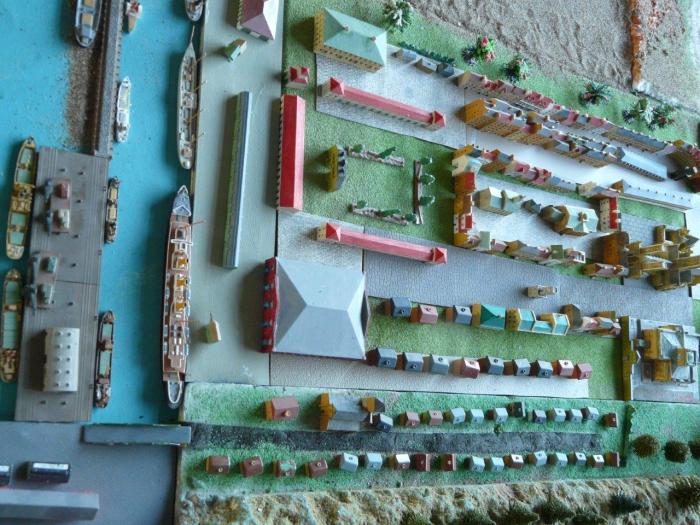 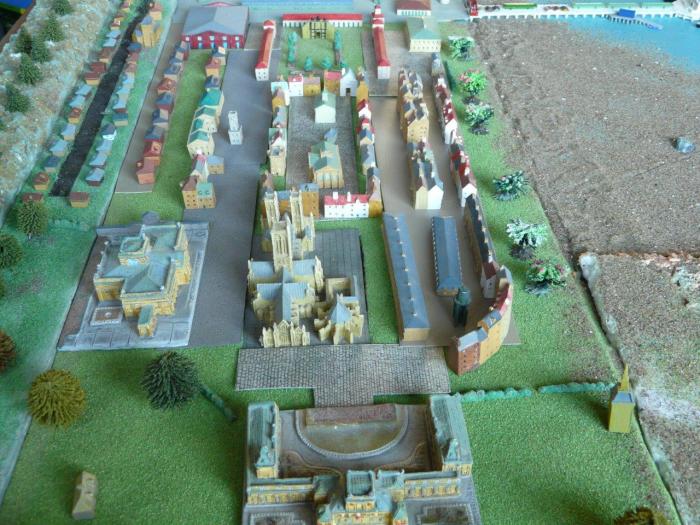 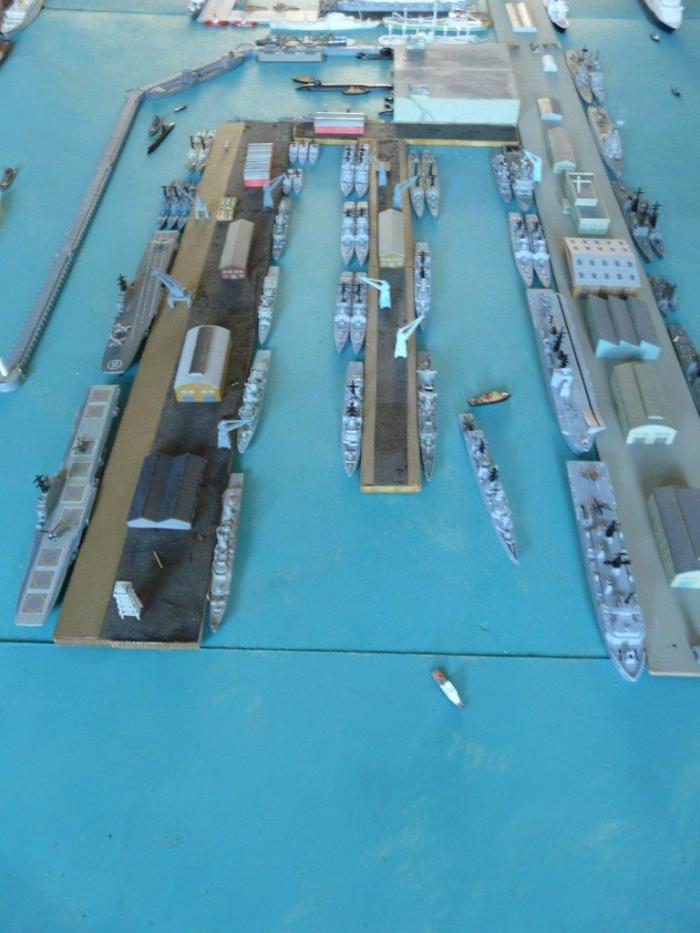 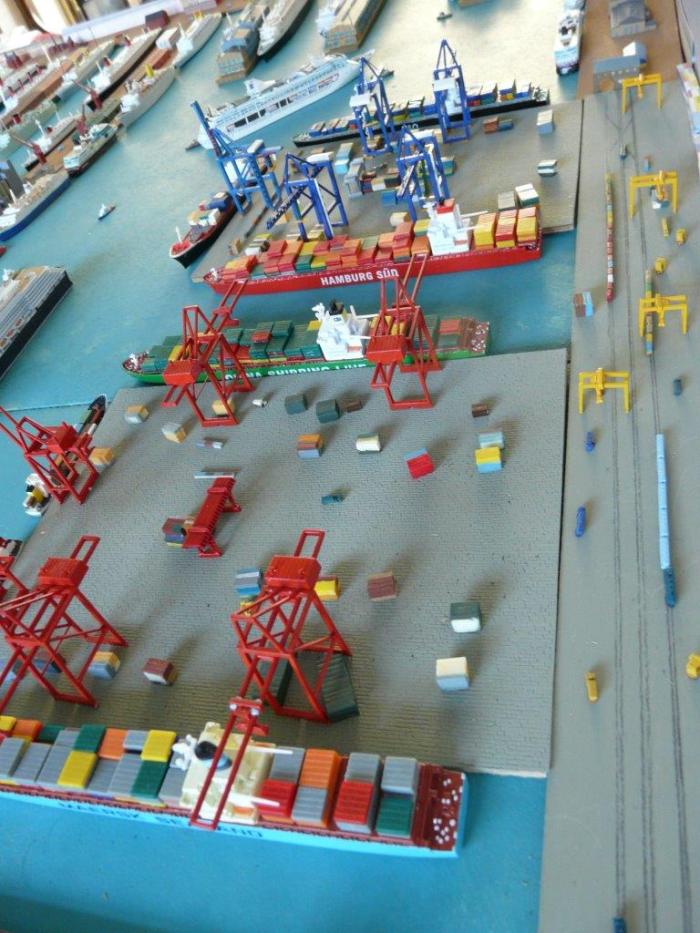 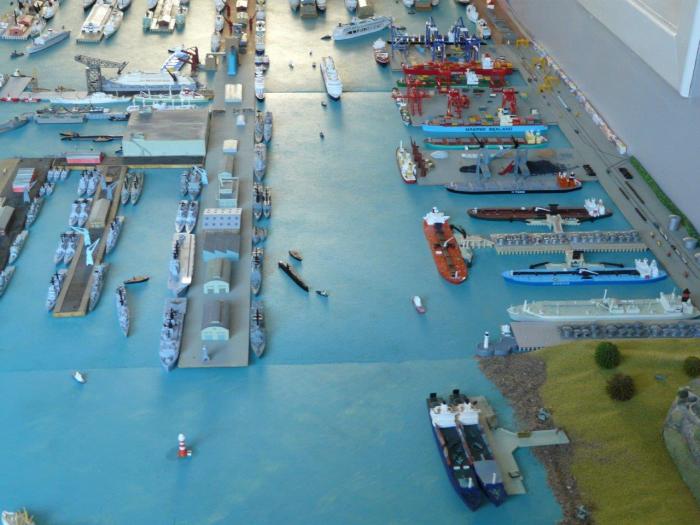 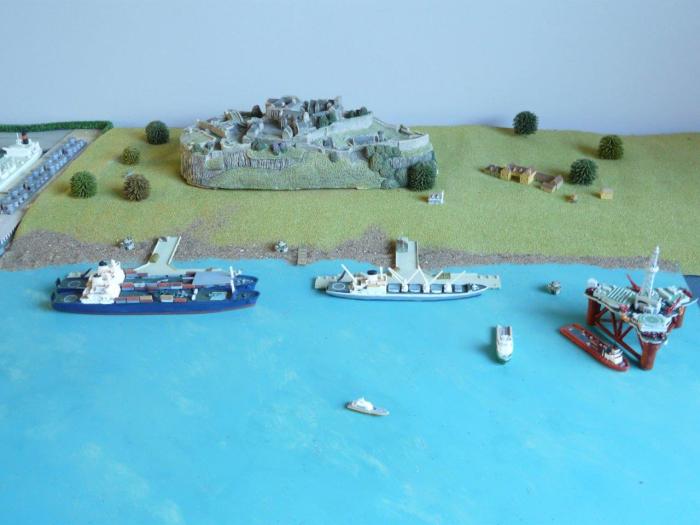 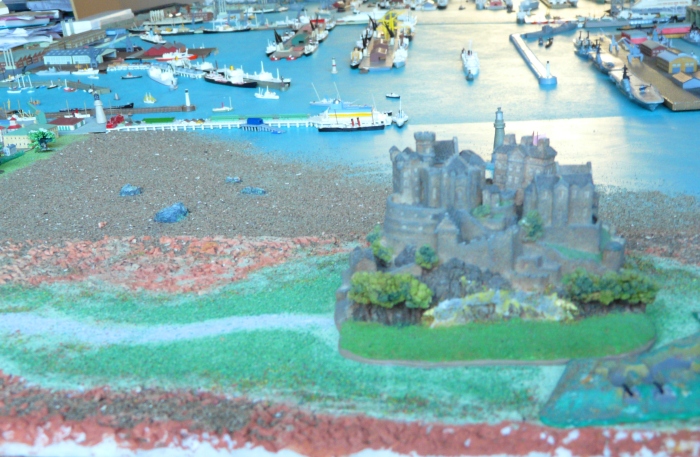