The ‘cliffs’ are from Ironclad Miniatures designed as hedge rows for World War 1 war games.  They produce them in two scales a 15mm and a 20mm.  These are the larger ones, the sections are 120mm in length and 16mm to the top of the earth bank approx. giving a  1/1200 height of roughly 70′, the smaller ones are 12mm high.  The come unpainted and unassembled with bags of foliage.  There are ‘stumps’ for the foliage and holes drilled in the top of the banks so you can add your own trees, 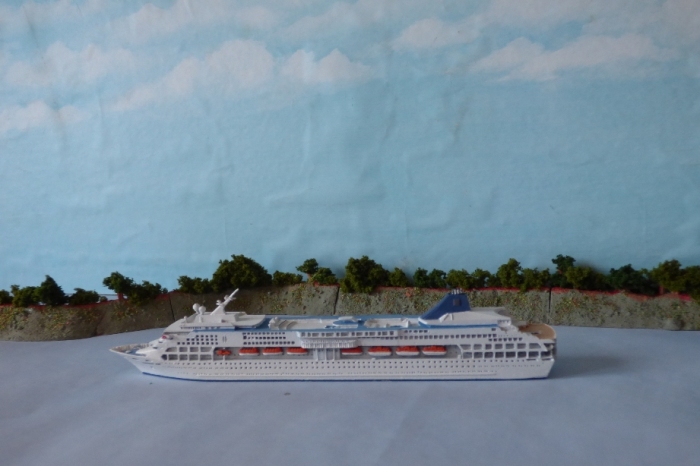 I painted  one side ‘clay’ and one a reddish sandstone so that they could be used in different locations.  I only used about half of the foliage and lightly scattered some model railway grass.

The photograph above shows two ‘straights’ and two 45 degree bends to give a curve. The ship is Norwegian Wind.

The sandstone (the light has made them redder than they actually are).   The picture below show an end section.

The ship is an R Class – Azamara in the earlier, all white,  livery